The great success of Youth Design Day 2018 in Japan for Switch on Your Creativity (5th Edition) at the Italian Institute of Culture in Osaka, allows us to appreciate and enhance with greater force the creative results obtained by our designers selected during Milan Design Week 2018.

Among all, a special mention should be given to Alessio de Stefano and his work “Filofono”.

Alessio, more than anyone else, managed to express and apply the concept of eco-sustainability to a design work. His idea was born from the intention of creating something that was aesthetically satisfying but with a romantic and vintage touch, and that could be useful at the same time to the modern and technological world of today.

His project is a mobile amplifier whose effectiveness has already been fully tested at the Italian Institute of Culture in Osaka, where it will continue to be on display until November 13th.

Conceived as a design tool that is not too invasive, its traditional wooden color contrast with modern dark and grey amplifiers, trying to visually represent the strong contrast between tradition and modernity with which it was conceived.
It deserves to be mentioned because the eco-sustainable sensibility, demonstrated by the use of wood as a material, and the aesthetic-artistic sensibility, demonstrated by the curvy shape, reach a perfect harmony when, together, they recall the great tradition of Italian craftsmanship. 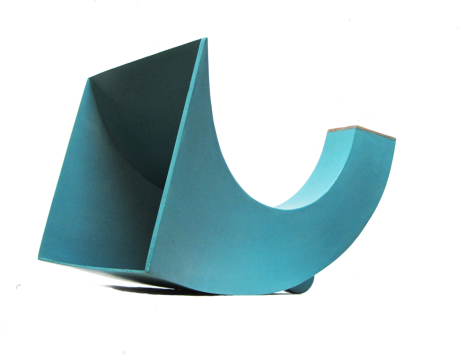 However, in this case, tradition is not synonymous with backwardness. Despite being an object that, by the will of its creator, has an aesthetic touch aimed at recalling nostalgia and tradition, it is not fossilised in old-fashioned and old use, but rather looks to the future, trying to be useful for that age group that more than others is better able to live and express the violent changes that take place within our society, caused first of all by the rapid technological evolution.

An instrument suitable for youth and modern technology but that will be never unloaded. Being a natural amplifier, it does not require electricity, thus being further eco-sustainable. Filofono tries to demonstrate how useful it can be to return to the artisanal workforce and to discover new uses that materials considered no longer modern can still offer.

Tradition and Innovation are the values ​​we want to exalt through Switch On Your Creativity and Alessio De Stefano has fully succeeded in developing them. We hope that Youth Design Day in Japan has given Alessio De Stefano and other young designers the tools and support needed to express their creativity in the field of Design.

The opening of #DesignAndPlanet exhibition in Osaka at Italian Institute of Culture represents great opportunity for us to introduce the official logo that will follow contents promoted through Switch on Your Creativity’s platform concerning design, in particular those projects that will introduce creative industry’s contents from Milan to the international scenario.

We are proud, after five editions mainly managed to collect and support projects in Europe, to develop a new communication tool that can identify and boost youth creativity in Asia starting from Japan, country that always recognised in Milan an important city for creative industry and in particular for contemporary arts and design.

The logo’s design represents two circles with open spaces that allow inter-actions between two dimensions, the creative and functional dimensions, because the perspective we want to follow is always something that allow contemporary society to get benefit from design and creativity side to  improve concretely some aspects of daily life.  The colours of course are the same of Switch on Your Creativity’s logo because #YDD is part of the platform we created to boost and promote youth creativity between Europe and Asia.

The presentation will take place today at Festival Tower in Nakanoshima at Spazio Arte managed by Italian Institute of Culture in Osaka during the opening of the exhibition we introduced from April to July through our digital channels (blogsite, social networks, webtv). #DesignAndPlanet, perspectives for sustainability promotes for the first time ever in Japan profiles of designers from Europe and Asia who joined last Milan design Week  on april 2018 and  it shows well detailed projects described on 18 panels and short movie subtitled in japanese. As we do every year we select also one important partnered centre among academies and universities to provide some joint- contents for our mission. For this edition we’ve chosen  IED Istituto Europeo del Design (european design institute) that presented works of some students collected in specific sections of the exhibition.

The municipality of Osaka is Twinned City with Milan and candidate for being designated the city of the next World Expo 2025. For us this frame has an important meaning if we consider that Switch on your Creativity was born on 2013 as creative contest in behalf of promotion of Milan Expo 2015 that officially patronised two edition of our contest, including the second that has taken place during the year of EXPO in Milan.

Yesterday the project has been introduced in Japan to Osaka City Government directly to the Director for Business and International Promotion Economic Strategy Bureau at the presence also of representation of Comune di Milano (Milan City Government) and the director if Italian Institute of Culture. The meeting pointed out a preliminary cooperation’s schedule to develop Design as important content of our mutual agenda for the next year.

#DesignAndPlanet, perspectives for sustainability is hosted at Spazio Arte until 12 of November. Introduction on official website by Ministry of Foreign Affairs – Italian Institute of Culture in Osaka