From the beginning, Switch on Your Creativity has been focused on cross cultural contents involving creative tributes from Europe and Asia as development of mutual dialogue on different themes.

Beyond the venues selected for realisation of projects, the common element has been always the participation of creatives from Europe and Asia. That is the reason why after six year of activities, we decided to feature the current edition in more tight and dynamic co-participation of talents and contents under the title of #EuAsiaCreativeMood, restarting from contemporary art section that mainly represented our format when it began on 2013 as creative contest.

An interesting opportunity to promote concept and aim for the seventh edition is well represented by Affordable Art Fair 2020, where we decided to attend, in collaboration with Fondazione Luciana Matalon, presenting a collective exhibition that keeps the main topic of the current edition as title of the exhibition itself “Eu Asia Creative Mood through Generations of Art“.

The exhibition takes place from 7th to 9th of February in Milan and #EuCreativeMood through Generations of Art“ is classified as special project due of the nature of two organisers (Asian Studies Group and Fondazione Luciana Matalon) respectively Association and Foundation, much more involved in research, talents support, promotion and international joints in artistic field than in commercial issues like galleries usually are used to.

ASGProduzioni and Fondazione Luciana Matalon sustain financially the realisation of the exhibition, so selected artists will have opportunity to be represented for free in so important artistic event that usually hosts thousands of visitors per day.

The selection of artists includes personalities from Japan, Belgium, Korea, Italy and Malta. Difference of age (from 30 till 80 years old), styles and artistic perceptions have been considered as high value leit motive by co-artistic direction of the event signed by Paolo Cacciato (director ASGProduzioni) and Nello Taietti (president Fondazione Luciana Matalon) 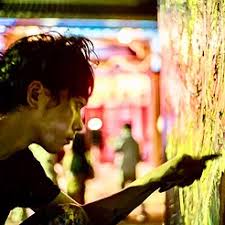 Luciana Matalon, founder of Fondazione Luciana Matalon in 2000, already introduced  in Japan with personal exhibition in 2013 and recently deceased,  perfectly represents for aesthetics and sensitivity, the combination between West and East as passionate dialogue through Art. For this reason she has been selected as Ambassador for EuAsiaCreative Mood 2020.

Sales of artworks will be considered as fundraising tool for the fund created in 2016 by Asian Studies Group, called PlatformCAI #PiattaformaCAI (Fund for Creativity Art Innovation) which is actually used to finance several artistic and promotional activities.

Switch on Your Creativity 7th ed will promote each artist with gallery of images and creative profile before the exhibition though cross media platform, and it will continue after AAF2020 on boosting personal exhibition of selected artists from March till June 2020 at Ideas Space (Spazio idee) at Asian Studies Group Milano in Porta Venezia.